Historical Context and Background of D&C 88

From Doctrine and Covenants Contexts

Three months after receiving a revelation on priesthood that included a command to build a temple in Missouri, Joseph and a group of nine high priests “assembled in the translating room in Kirtland, Ohio.” Joseph rose and taught them that “to receive revelation and the blessing of Heaven, it was necessary to have our minds on God and exercise faith and become of one heart and one mind.” He asked them each to pray in turn that the Lord would “reveal His will to us concerning the upbuilding of Zion and for the benefit of the saints and for the duty . . . of the elders.” Each man “bowed down before the Lord, after which each one arose and spoke in his turn his feelings and determination to keep the commandments of God.”[1]

The revelation began to flow and by nine o’clock that night it had not ended. The brethren retired but returned the next morning and received the rest of the revelation. That is, they received the first 126 verses. The remainder came a week later on January 3.[2]

Like section 84, section 88 is thoroughly a temple revelation. Beginning with a promise of eternal life through Jesus Christ to the faithful, the revelation describes the purposeful creation of the earth and then tells how to obey divine law to advance by degrees of light or glory through a perfect resurrection and into the presence of God.

runs from the cosmological to the practical, from a description of angels blowing their trumpets to instructions for starting a school. . . . . The revelation offers sketches of the order of heaven, reprises the three degrees of glory, delivers a discourse on divine law, offers a summary of the metahistory of the end times, and then brings it all to bear on what the saints should do now.[3]

As with several other sections, section 88 instructs the brethren to proclaim the gospel and connects this commandment to the imminent end of the world and impending judgment. Section 88’s eschatological section is, in fact, the most detailed in Joseph’s revelations. “For not many days hence,” it begins, before describing the end of the world, the resurrections, and the judgments and triumphs announced by angels, all culminating in a final battle between good and evil, “the battle of the great God,” in which the archangel Michael leads the armies of heaven against “the devil and his armies,” resulting in the final conquest of death, hell, and the devil (D&C 88:114–116).

Section 88 is expansive. It maps the universe. Its concepts stretch the mind, inviting inquiry and awe. “Truth shineth,” it says, introducing a string of related if not synonymous concepts that include truth, light, power, life, spirit, and even law. Condescending from the revelation’s lofty heights, the Lord simplifies its vastness in a metaphor suited for the Saints. “I will liken these kingdoms unto a man having a field, and he sent forth his servants into the field to dig” (D&C 88:51). “My friends,” the Lord says, “I leave these sayings with you to ponder in your hearts, with this commandment which I give unto you: that ye shall call upon me while I am near: Draw near unto me and I will draw near unto you” (vv. 62–63). The revelation both commands and invites solemnity and action.

Temple scholar Margaret Barker noted how the concepts in section 88 pervade other scriptural temple texts. “Light and life, then, are linked and set in opposition to darkness and death. The presence of God is light; coming into the presence of God transforms whatever is dead and gives it life.”[4]

The word therefore in verse 117 marks the beginning of the Lord’s final point in the initial two-day revelation (D&C 88:117–126). This concluding segment reviews the revelation’s instructions in what one might call the “therefore what?” It is instructions for participating in a temple preparation class. The “therefore what” of the whole revelation is “therefore, sanctify yourselves that your minds become single to God, and the days will come that you shall see him” (v. 68). 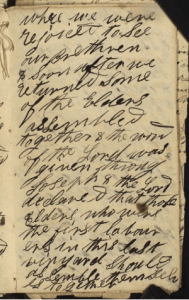 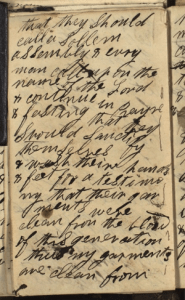 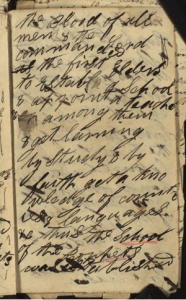 The Latter-day Saints built their first temple as a result of section 88 and came into the presence of the Lord. A few days after section 88 was completed, Joseph sent a copy of it with a rebuke to Church leaders in Missouri. The Saints there had not acted on section 84’s command to build a temple in Zion. “I send you the . . . Lord’s message of peace to us,” Joseph wrote, “for though our Brethren in Zion, indulge in feelings towards us, which are not according to the requirements of the new covenant yet we have the satisfaction of knowing that the Lord approves of us & has accepted us.” Joseph sent a copy of section 88 with his letter. Referring to it, he wrote,

You will see that the Lord commanded us in Kirtland to build an house of God, & establish a school for the Prophets, this is the word of the Lord to us, & we must yea the Lord helping us we will obey, as on conditions of our obedience, he has promised <us> great things, yea <even> a visit from the heavens to honor us with his own presence.

Joseph had learned from section 84 that the only way into the presence of God was through the temple. Nothing should therefore be more important. Yet, like Moses, he worried that Latter-day Saints would harden their hearts and provoke the Lord’s wrath (D&C 84:24). “We greatly fear before the Lord lest we should fail of this great honor which our master proposes to confer on us, we are seeking for humility & great faith lest we be ashamed in his presence.”[5]

The Saints in Kirtland began building the House of the Lord in the summer of 1833 and, after some interruptions and a rebuke that reminded them of section 88’s instructions (see section 95), they dedicated it in 1836. Joseph, meanwhile, instructed the Saints to purify and prepare themselves for an outpouring of the Lord’s power—an endowment. In November 1835 he met with the newly called apostles. He confessed his own shortcomings and then taught them section 88, or, as he called it, “how to prepare yourselves for the great things that God is about to bring to pass.”

Joseph told them he had assumed the Church was fully organized but that the Lord had taught him more, including “the ordinance of washing of feet” mentioned in section 88:139. “This we have not done as yet,” Joseph taught the apostles, “but it is necessary now as much as it was in the days of the Saviour, and we must have a place prepared, that we may attend to this ordinance, aside from the world.” He continued to emphasize the need for the temple:

We must have all things prepared and call our solem assembly as the Lord has commanded us [see D&C 88:70], that we may be able to accomplish his great work: and it must be done in Gods own way, the house of the Lord must be prepared, and the solem assembly called and organized in it according to the order of the house of God and in it we must attend to the ordinance of washing of feet.

Joseph helped them understand the relationship between the power with which God intended to endow them and their calling to preach the gospel (D&C 88:80–82). Then he concluded his teaching by reaffirming what section 88 twice calls the “great and last promise”: “I feel disposed to speak a few words more to you my brethren concerning the endowment, all who are prepared and are sufficiently pure to abide the presence of the Saviour will see him in the solem assembly” (vv. 69, 75).[6]

When the temple was finished and the solemn assembly convened, Joseph dedicated it with an inspired prayer that drew liberally on section 88 (see section 109). Joseph worked hard to get the Saints to see the importance of section 88, to understand the temple and ultimate blessings. Like Moses, he wanted to usher his sometimes short-sighted people into the presence of the Lord. This revelation preoccupied Joseph’s attention. He wanted its promised blessings and he worked to explain them to the Saints. Section 88 built a temple, established schools, motivated (and continues to motivate) learning by study and faith, and helped many Saints sanctify their lives and lay hold on the great and last promise of entering the Lord’s presence.

[4] Margaret Barker, On Heaven as It Is in Earth: Temple Symbolism in the New Testament (Sheffield, England: Sheffield Phoenix Press, 2009), 13.

From Doctrine and Covenants Minute